Back to News Overview
Show next 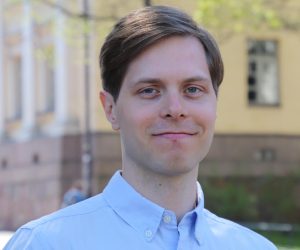 MCTS welcomes Visiting Scholar Andrey Indukaev, who will be staying with us from October 28th until December 20th 2019.

Andrey Indukaev is a Postdoctoral Researcher at Aleksanteri Instituite at the Univeristy of Helsinki, working at Digital Russia Studies group, where he focuses on digital transformation in Russia as a socio-technical process and a political narrative. Andrey also develops original methodologies to deal with the digital data, in particular those enabling researcher in political and social science to mine large volumes of texts to detect recurrent ideational content and argumentative patterns.

Andrey earned his PhD in Social Science at ENS Paris-Saclay in France. His doctoral study was focused on academic entrepreneurships and brought together economic sociology, science and technology studies, history of science and political science to untangle how government’s ambitious innovation policy transforms academic careers and the economic and political value of research in modern Russia. During his stay at the Innovation, Society & Public Policy research group at MCTS, Andrey will focus on his ongoing work where he puts Russian empirical data in context through theoretical political uses of markets and technologies supported by international comparison. He will explore how modern governments’ – on democratic West, but also beyond – adopted a perspective, where the innovation is seen as panacea to socio-economic problems and markets as the ultimate source of efficiency. The ultimate ambition is to explain how the promotion of academic entrepreneurship and venture capital became an de-facto internationals standard in research and economic policies.

Related News in this category