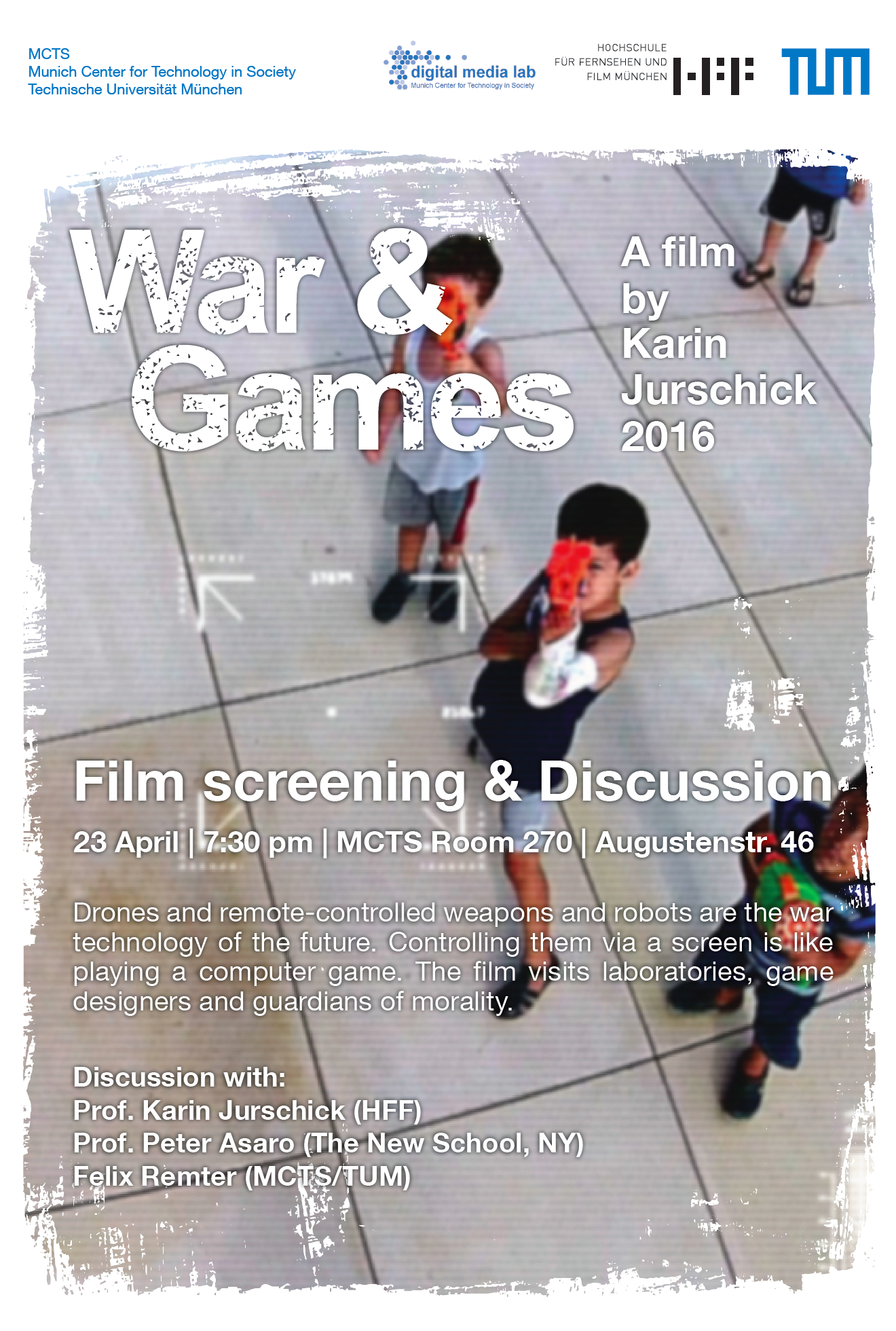 Drones and remote-controlled weapons and robots are the war technology of the future. Controlling them via a screen is like playing a computer game. The film “War & Games” by Karin Jurschick visits laboratories, game designers and guardians of morality.

Sophisticated new machines can spot the movement of every mouse and man in water, on land and in the air. And they can kill. Automatically. Operating drones and remote-controlled weapons via a screen is like playing a computer game. What do game designers have in common with developers of unmanned war machines and drone pilots? How real are their visions of the future? Does this new technology provide us with reconnaissance information and security, as promised by the industry and governments, or are they paving the way for a state that has absolute control over its citizens? A film about technical developments which will not only change the future of warfare, but also civilian life, our notions of ethics and morality. Will machines ultimately become the more decisive decision-makers? The film explores these issues in Israel, the USA and Germany, and gains new perspectives on this challenging subject with documentary observations, unpublished film material, and protagonists who consider the subject from different angles.

Followed by a Filmtalk and Discussion with:
Prof. Karin Jurschick: The director of War and Games and since 2017 Professor for Documentary Film at HFF München.
Prof. Dr. Peter Asaro: Is a philosopher of science, technology and media. His work examines artificial intelligence and robotics as a form of digital media, and the ways in which technology mediates social relations and shapes our experience of the world

Moderation by Felix Remter: Filmmaker and cultural Anthropologist at MCTS