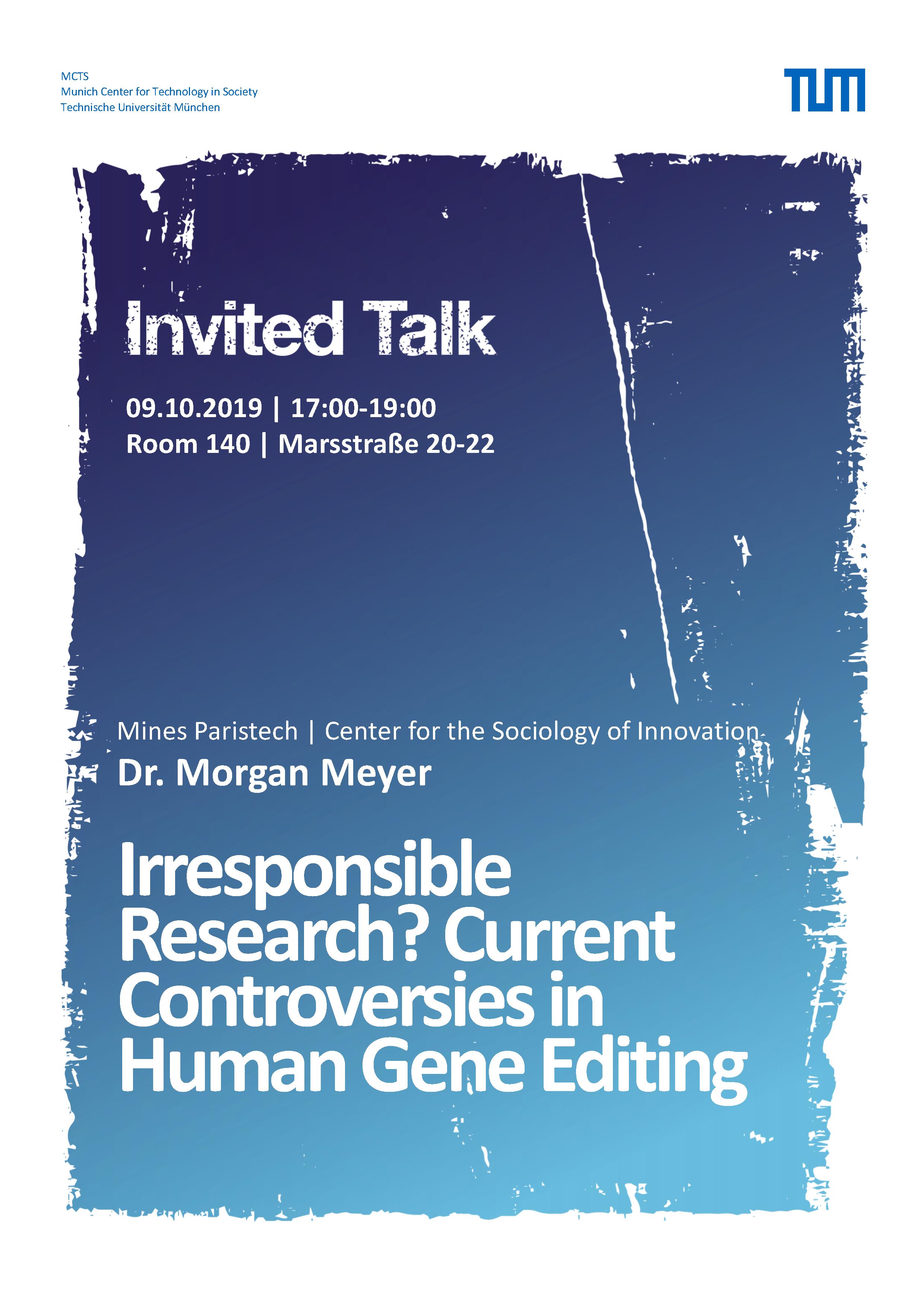 Irresponsible Research? Current Controversies in Human Gene Editing
Dr. Morgan Meyer, Mines Paristech
Wednesday, October 9th @ 17:00-19:00, Marsstraße 140
Abstract: This paper examines current controversies around the use of gene editing on human embryos. Gene editing techniques (such as CRISPR/Cas9) have raised numerous questions to do with governance, security, control, legislation, regulation, ethics, responsibility, and economics. While the controversy around CRISPR/Cas9 is multifaceted and multi-layered, I focus in this paper on one key issue, namely the characterizations of, and demarcations between, responsible research and irresponsible research. I draw upon three key sites of debate and contestation: the international summits on human gene editing held in 2015 and in 2018, and the public reactions following the announcement of the birth of two gene-edited babies in November 2018. As I will show, irresponsible research is the result of a process involving various kinds of dis/qualifications and demarcations. An individual scientist is singled out, experiments are scrutinized for their legality and safety, ethical and moral stances are questioned, a scientific announcement is transformed into a provisional knowledge claim: these are the key features of a process that I propose to call ‘irresponsibilization’. This irresponsibilization of research is inevitably entangled with calls for further action: irresponsible research should be contained, the veracity of knowledge claims need to be confirmed, and institutions and decision-makers are called to act.
+ Google Calendar+ iCal Export