How to think migration and border control in terms of infrastructures? Doing STS within/about mobility at the Nordic STS conference 2019

For some time now I have been engaged with technologies and infrastructures of European migration and border control. Arguing with actor-network theory and, more general, science and technology studies (STS) I seek to work out the socio-material entanglements of people, information systems, databases, forms, policies and other entities and how they put transnational forms of border control into practice. This requires processes of alignme

nt and mediation of all kind which produce multiple outcomes at the same time: they for instance (re)configure border control practices, the production of knowledge, governance, statehood, migratory movements and practices of solidarity and resistance.

Such an approach raises many questions: How to conceptualise and to empirically study migration and border infrastructures in terms of multi-sitedness, relationality and processuality? How to think more ephemeral infrastructures which are beyond state apparatuses? Or what is the role and the standpoint of the researcher in such settings digging into often blackboxed and de-politized institutional ecologies of migration and border control?

At this year’s Nordic STS conference, which took place at Tampere University, Fredy Mora-Gámez, (Linköping University) and Vasilis Galis (IT University Copenhagen) organised the session Infrastructuring migration: doing STS within/about mobility which focused on exactly such questions and topics. It explored „the potential and growing intersections between STS and migration-border studies“ and invited scholars who draw on the „concept of infrastructure as ordering processes and activities of framing, where heterogeneous entities, humans and more-than-humans, are aligned with specific roles and outcomes“. 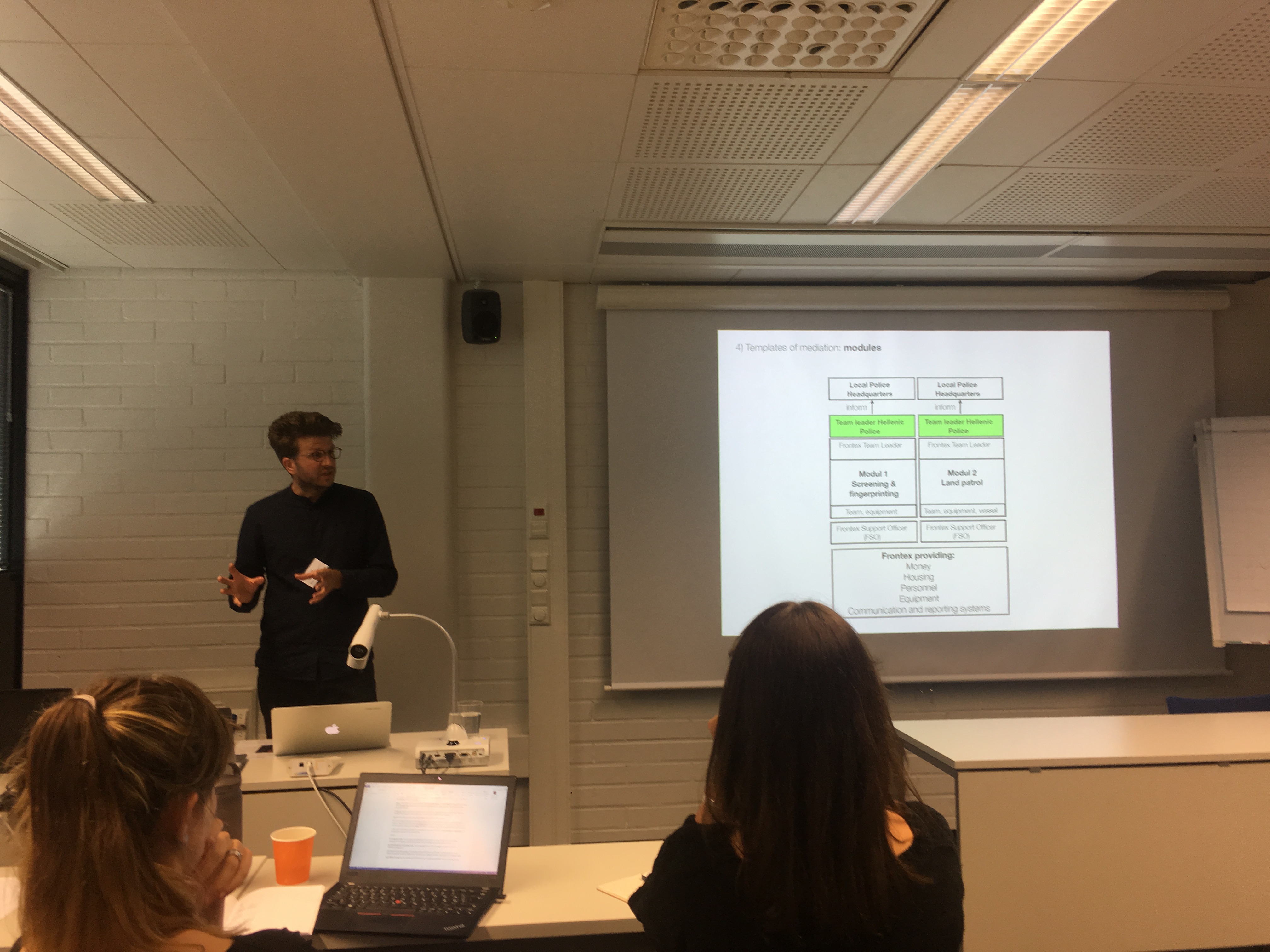 And indeed, it was a great session with scholars at the intersection of STS and migration and border studies discussing and giving insights into their current research. While Nina Amelung spoke about transnational biometric database systems and their architecture and how they shape different authority of knowing, data-publics and data-subjects’ rights, Vasilis Galis and Vasiliki Makrygianni presented some findings of their ethnographic research on digital practices for LGBTQ and the use of ICTs and showed, how „social media, smartphones with multiple apps, computers and other digital technologies subvert dominant practices on sexuality and enact patterns of use in terms of navigation, information, contact, care and solidarity“. Fredy Mora-Gamez gave an inspiring talk about „alternative infrastructures beyond institutions“, elaborated on infrastructures which also produce solidarity and empathy and reflected upon the notion of care. Eva van Gemert presented findings of her ethnographic fieldwork in the EUNAVFOR MED’s mission in the Mediterranean Sea and discussed border politics and logistics regarding dead people. And I gave some insights on so called Frontex Joint Border Operations in Greece and their infrastructures. My focus was to work out specific modes of alignment and mediation, which realise the distribution and channeling of communication and commands between Frontex and national police and coast guard actors across multiple field sites and coordination and command centers. Thanks for this rich session on infrastructures, STS and migration and border control! I enjoyed the intense discussion and I am looking forward to further activities!